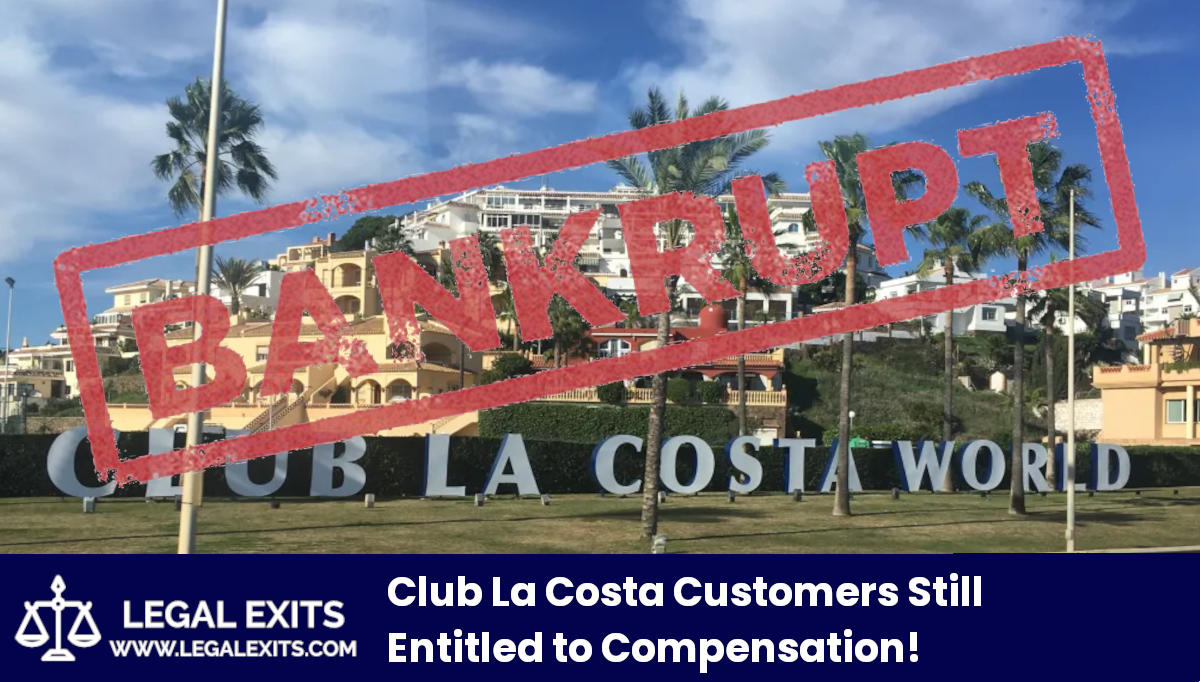 The bankruptcy of timeshare giant Club La Costa in January this year has doubtless been the cause of much anxiety for a lot of its displaced members. Many mis-sold owners have been left confused as to whether or not they can get their money back, following a robust campaign of misinformation from CLC.

Club La Costa have targeted their customers with newsletters quoting statements from the mercantile court, telling people that the insolvency means that they are unable to claim compensation. Articles have also been published by allies such as the RDO and KwikChex, designed to discourage claims against them.

A phone call, email or strongly-worded letter to their offices will elicit a parroted response that the company is in administration and has no money to pay you. We assure you your holidays will continue as normal.

Obviously, this ‘Keep Calm and Carry On’ attitude is to be expected from CLC. As long as you remain a member of their club, they can still hit you up for the sky-high annual maintenance fees, not to mention avoiding having to pay out those pesky compensation awards, which are generally in excess of £20000 for your average Club La Costa member!

The reality of the situation is of course, highly different to CLC’s party line. Club La Costa’s insolvent status is no barrier to compensation claims, with many former members having already achieved success.

Club La Costa encompasses many different companies worldwide, with a net worth in the hundreds of millions of Euros and many acres of real estate. Not to mention the profit from the aforementioned extortionate maintenance charges.

Bankruptcy administration firm FRP replaced the court-appointed administrators (BDO) in July of this year. FRP will be responsible for investigating CLC’s declared (and undeclared) assets, in order to find potential links to CLC’s solvent remaining companies and determine liability. They will focus on recovering funds owed to creditors.

Unbelievably, another tactic CLC are deploying is to shoot for the sympathy vote:

Think of all the fantastic holidays you’ve had with us! Don’t you feel you’ve had your money’s worth over the years? Wouldn’t it be unfair to claim compensation from us after such wonderful experiences?

Can’t you just hear the violins now, folks? Wouldn’t it be so unfair of you to ask for your money back?

Well, no, actually. Laws put in place to protect consumers clearly state that if you were mis-sold your timeshare, then you are entitled to claim compensation.

Club La Costa were well aware of these laws. They consciously and repeatedly decided to ignore them, in order to increase profits. Profits that were made at the expense of their members, many of whom ended up suffering genuine financial hardship due to perpetually rising maintenance fees and seemingly airtight contracts.

It is only fair that Club La Costa should bear responsibility for this.

Are you a Club La Costa customer? Don’t delay in seeking advice. The sooner you claim compensation, the sooner you can be rid of those annoying annual maintenance charges! Contact one of our specialists at Legal Exits for an informal, no obligation chat today, or use our free compensation calculator to check how much you are entitled to!