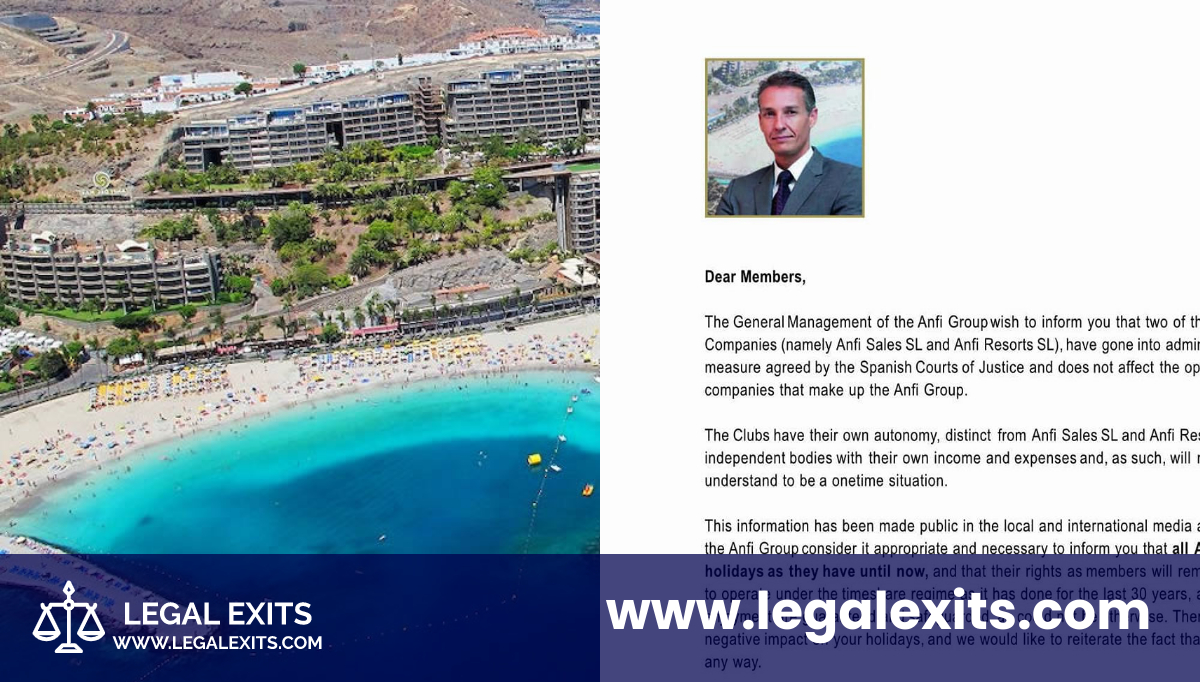 Anfi Group finally admit financial difficulty, however, this information has come a little too late for their members. General Management posted a notice online, and with their own admittance, did so only because the news had already been published in local and international media. Had this not been reported by the media they would have refused to let their members know what is going on.

The letter downplays the situation in an attempt to make the members believe that it was their decision. They claim that this will have no effect on members. Financial problems began back in 2015 when the Supreme Court ruled that their perpetual contracts were illegal, even if signed pre-1999, another fact that was hidden from their members. This court case allowed many owners to relinquish their timeshares and responsibilities to pay ever increasing maintenance fees, with some members being rewarded compensation.

The impact that this will have on their members could be catastrophic!

The news of financial difficulty, will, and quite rightly so, worry their members. Many Anfi members have already begun to seek information from external sources, enabling them to gather facts that may have been hidden by Anfi Resorts SL & Anfi Sales SL.

Once Anfi members become aware of the full situation, many of them WILL decide to terminate their contracts. Anfi will see a decline in their members, and with Anfi Sales SL now declared bankrupt, there is likely to be no sales made at the resort to even out the numbers.

Timeshare resort management fees are divided equally between their members. If there are less members to share these costs, the remaining member fees will increase.

News has only come to light in recent days. We have already begun to received enquires via our online compensation calculator from Anfi members searching for further information regarding exiting their timeshares.

The less members there are, the higher the fees will be. Therefore, the knock-on effect of Anfi Sales SL being declared bankrupt will certainly have a financial impact on their members.

The letter below ´dumbs down` the situation in an attempt to provide false hope to their members. Gathering outside information would be a smart thing for Anfi members during this time. It is better to have the information and not need it, than it is to need it and not have it. Knowledge is power!

Use our compensation calculator to find out how to legally terminate your timeshare contract and find out if you are eligible to claim compensation.