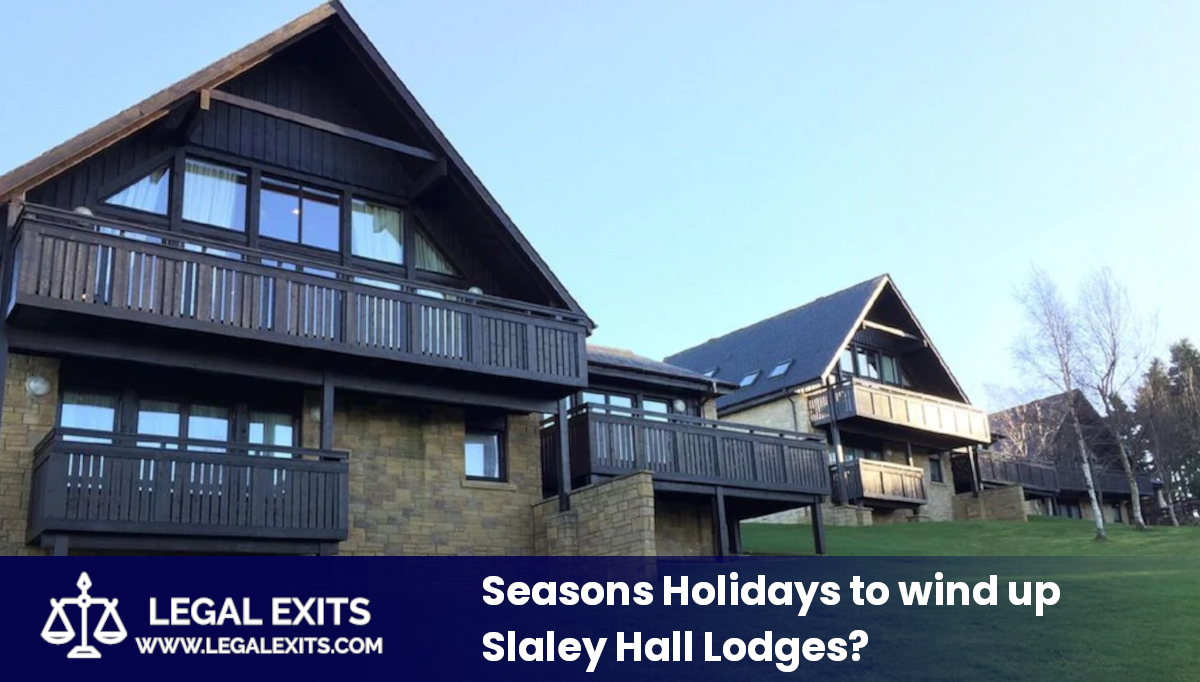 This week, it’s the turn of British resort Slaley Hall Lodges to make the headlines. Parent company Seasons Holidays PLC recently filed a motion to wind up the popular Northumberland resort, which looks set to pass, despite the protests of owners.

Slaley Hall has a constitution and a committee that was originally designed to safeguard the interests of owners. This committee was designed to comprise of seven members: three representatives of the Seasons Holidays board and four resort members, so that the owners always had the deciding vote. However, Seasons owners Barry & Sharon Hurley have managed to circumvent this, by installing their son, Jack Hurley, as a lodge owner and using weeks that the resort has retained ownership of to block vote him onto the committee as a so-called ‘independent owner’.

Resort member Helen Knight 62, a retired teacher from Lancashire, explains: “Basically, if Jack Hurley votes the way we assume he will (in his parents’ interest), then the club will be terminated and everyone who paid tens of thousands of pounds for a lifetime of holidays will be left with nothing.”

Seasons aiming to cash in on the ‘stay-cation’ boom?

Seasons have been attempting to oust members since the pandemic, as the demand for ‘stay-cation’ holidays has risen dramatically.

“Many timeshare owners have the opposite problem to us at Slaley. We very much want to keep our timeshares.” says 53 year old Tim, from Bridlington.  “We paid a lot of money for 99-year leases on beautiful lodges that could be handed down to our families.  However, since the pandemic British holiday accommodation of this standard has become even more valuable and we feel that Seasons Holidays are using unfair tactics to take our lodge ownerships from us so that they can profit from the lodges in other ways.”

Many elderly members reported receiving ‘bullying’ phone calls from representatives last year, not only trying to push them out of their lodges, but also attempting to get them to pay sums of up to £10000 for the privilege of relinquishing the property!

Now, it appears that the Hurleys are finally going to get their wish, with owners being left with no say in the matter, despite having paid considerable sums of money for 99 years leases. No mention of compensation for this has been mentioned.

And of course, Slaley Hall is not the only resort owned by Seasons Holidays. If they are successful in pushing out the owners at Slaley Hall, what is to stop them from following suit with their other timeshares?

If you are a Seasons Holidays owner and have concerns about recent developments at Slaley Hall, or the potential implications for your own resort and would like a free consultation about your rights, our team of Claims Advisors are here to help. Contact us via Live Chat or using the form below for professional no-cost, no obligation advice.