Claims against Anfi continue to pile up 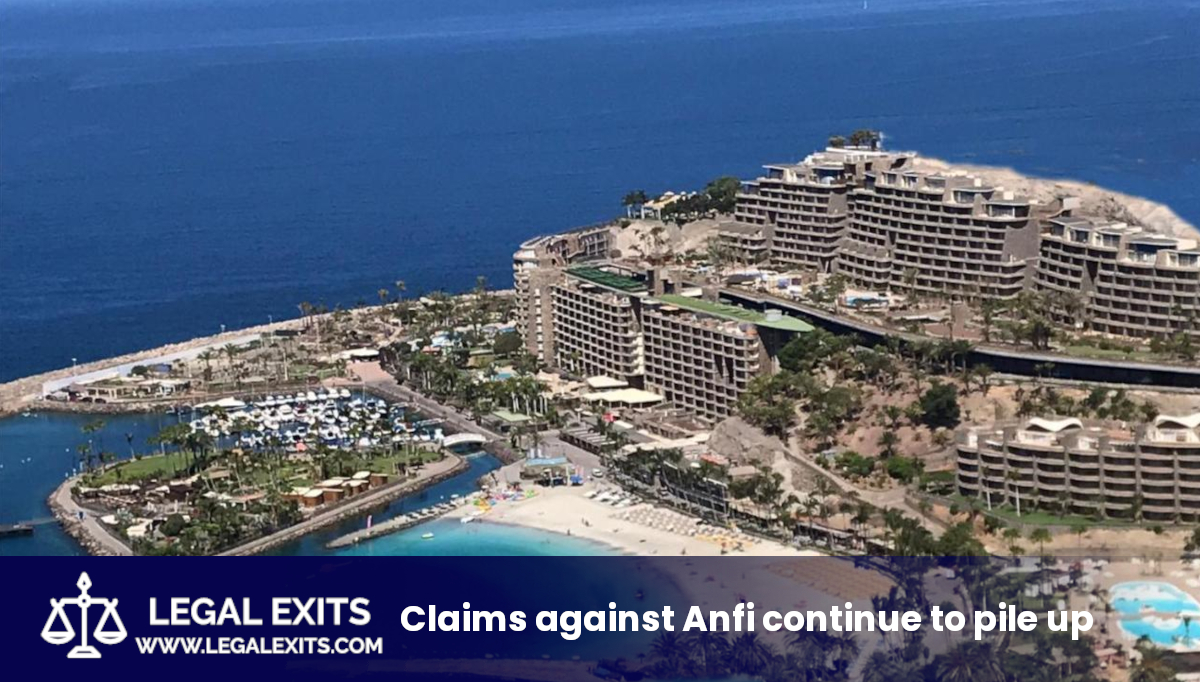 It may have been a slow news week for the timeshare industry, yet the ongoing downfall of Anfi del Mar has continued unabated. New claims against Anfi continue to flood in and our team are now regularly fielding calls from concerned Anfi members wondering whether they will need to pay this years maintenance bill, following the resort’s bankruptcy.

Anfi were declared bankrupt at the end of September this year, following a series of high-profile losses in the courts. Anfi willfully and deliberately flouted Spanish timeshare law for over twenty years, continuing to sell contracts in perpetuity long after legislation was passed to prohibit this. High-pressure sales tactics were also commonplace on the Anfi deck, such as taking payments from customers at the time and place of sale and a lack of a cooling-off period.

Anfi also continued to offer the ever-dubious points-based membership: a product that is not tied to ownership of a particular apartment or week number and therefore, also illegal under Spanish legislation.

Court-appointed administrators are currently in the process of assessing the company’s assets, with a view to paying off its debts. Unlike the recently-rescued Club La Costa, no big American timeshare chain seems to be interested in stepping in to take over. This leaves the very real possibility that members who do not act swiftly will find themselves without the holidays that they have paid for and unable to claim compensation, as there is no money left to be had after creditors have been paid.

If you are one of the thousands of Anfi customers throughout Europe who has yet to join the rush of claims against Anfi, our team of professional Claims Advisors are here to help. Contact a specialist today, or use our claims calculator on the link below to check how much you may be entitled to.

previous post
Is my timeshare resort close to bankruptcy?
Next Post
Can I still claim timeshare compensation if my resort is declared bankrupt?