Is my timeshare resort close to bankruptcy? 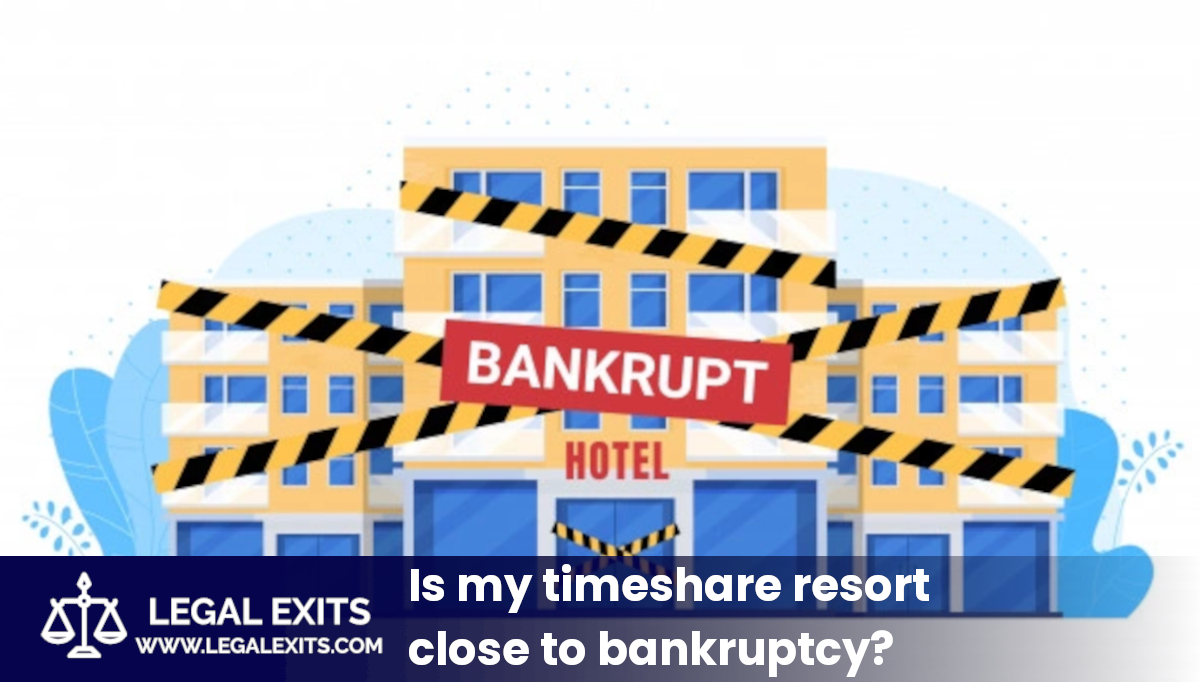 Key signs of a timeshare resort close to bankruptcy

Some of biggest timeshare resorts in Europe have been declared bankrupt over the last few years. Based on trends seen from companies like Azure, Club La Costa and most recently Anfi, there are definite signs of a timeshare resort close to bankruptcy:

Many European timeshare resorts have very publicly lost court cases and forced to refund mis-sold timeshare owners. Anfi´s initial 2015 court loss was the catalyst for an avalanche of claims, both against themselves and other companies. Barclays Bank was ordered to return millions of euros to customers, after providing loans for illegal finance agreements made by Malta’s Azure.

Even the big boys of the industry have not been immune. Club La Costa lost a lengthy battle that ultimately led to their bankruptcy earlier this year. The company has recently been resurrected by Wyndham, although what impact this will have on existing CLC owners remains unknown. Meanwhile, Diamond Resorts was forced to close it’s European sales decks, before eventually being rescued by Hilton.

If your resort holiday ownership provider starts making the news for all the wrong reasons, it is a strong indicator of a timeshare resort close to bankruptcy.

Ongoing use of dubious contracts or products

As has been previously well-covered on our blog, many resorts have continued to sell products such as floating weeks or points-based products that are not linked to a particular apartment or week numbers, despite these products having been deemed illegal by the courts as far back as the late nineties. Contracts sold in perpetuity, also in violation of these same laws, also remained a standard feature for many resorts, such as Anfi.

If you yourself have a contract on such terms, or are aware that they are commonplace among members at your resort, chances are high that the court cases will start soon, if they haven’t already.

When a timeshare resort begins to sell off property as real estate, it is often a sign of a timeshare resort close to bankruptcy. The company may be looking to hide assets, or need to raise capital in a hurry. This has been seen happening across Europe, often without the knowledge or consent of timeshare owners at the property.

Most recently, listings for apartments MGM’s Royal Parque Albatros in Tenerife have graced the pages of estate agents. This type of action is often the last resort (pun intended) before a bankruptcy announcement follows.

Is the writing on the wall for your timeshare resort?

If you are concerned that your holiday ownership provider is showing signs of a timeshare resort close to bankruptcy, our dedicated and professional team of Claims Advisors are here to help. For a no-cost, no obligation consultation, please contact us either via Live Chat, or using the form below.

previous post
Bankrupt timeshare resorts: Do I still need to pay my maintenance?
Next Post
Claims against Anfi continue to pile up