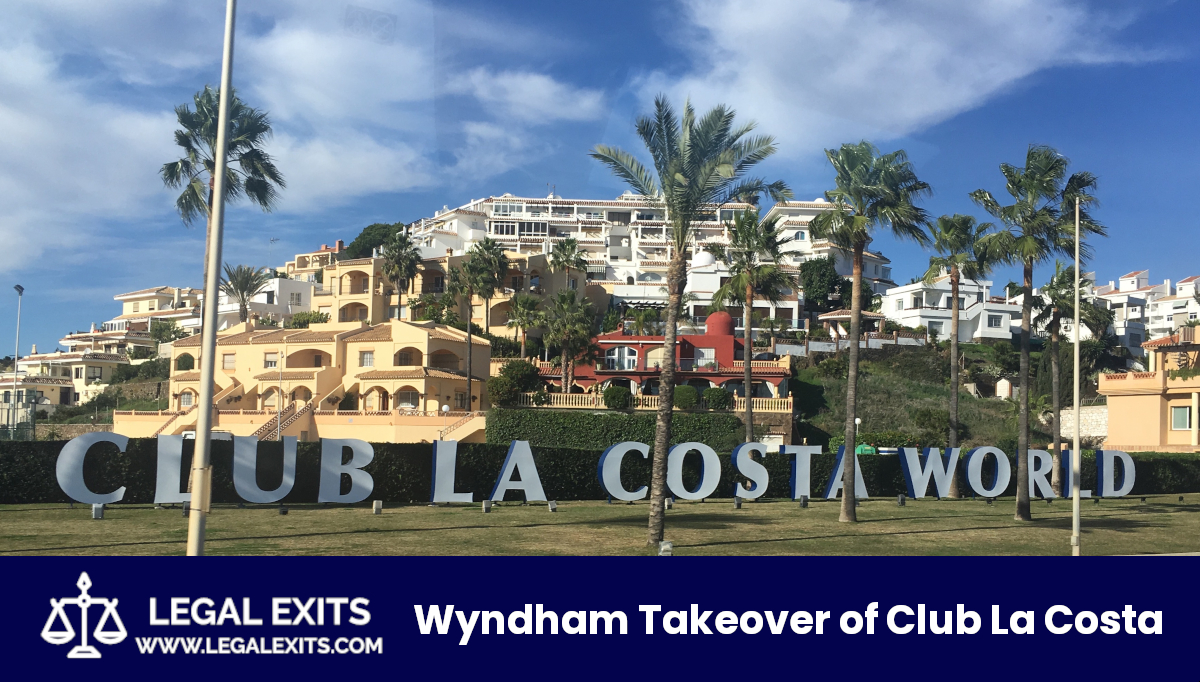 For those who would like the ‘TL:DR’ version, the letter promises grand and sweeping improvements across the board, whilst assuring members that nothing will change regarding their memberships and usage rights. The letter also promises the option of more ‘staycation’ options for UK members, with new acquisitions in the country.

If this sounds too good to be true, chances are that it is.

This sudden Wyndham takeover of Club La Costa has happened surprisingly quickly. The reasons behind it, or how it came about are also not stated anywhere in the letter. This has understandably led many CLC owners to question exactly what is what is going on.

It is no secret that the European timeshare industry is on the brink of collapse, with most major players having shut down their sales decks over the last couple of years, including Club La Costa, who were placed into liquidation.

This sudden re-branding under the Wyndham flag seems to have come at a rather convenient time. Will this mark the beginning of a new sales effort in Europe, allowing the company to once again start marketing to European consumers, as well as opening up further opportunities in the US, even as CLC continues to attempt to wiggle out of paying its creditors? Not to mention compensation still potentially liable to its thousands of mis-sold customers!

More disturbingly, there is even the possibility of CLC members being required to attend presentations by Wyndham sales staff, in order to change their memberships over to the new club. Which you can probably be almost certain will come with some seemingly essential new ‘upgrade’, designed to get owners to put their hands in their pockets.

The letter also speaks vaguely of improvements to resort technology and functionality throughout all resorts, yet avoids going into specifics for anything other than the UK.  Sounds like a good excuse to raise maintenance bills though.

So, whilst this takeover sounds like fantastic news, readers are advised to remember that with timeshare, nothing is ever as it seems!

If you have concerns raised by the Wyndham takeover of Club la Costa, our team of timeshare claims advisors will be pleased to offer you a no-cost consultation. You can contact us either via live chat, or if you would prefer, please complete the form below and someone will contact you by telephone.